Select a video type in the sidebar.

It is a surreal feeling to realise that the mascots that originated in my head and as rough sketches on paper, have reached a celebrity status of which I could only dream.

Back in 2009, I created Cooly, the lovable Swiss cow and mascot for the 2009 IIHF Ice Hockey World Championship. Representing the traditional values of Switzerland - good humour, sportiness and sportsmanship, a love of nature, quality and tradition, Cooly has lived a life much more glamorous and enduring than I could have ever imagined. The truth is, people love Cooly. He's cute and charming, entertaining and approachable. He enhances the sporting event in a way that not even the athletes can, ensuring all fans are smiling and laughing at the end of the day, regardless of the score. Even the BBC acknowledged his fame and appeal, posing the question, "Is Cooly Cow the best mascot ever?"

Cooly has seemingly become the unofficial mascot of Swiss sports events. He was so popular and well-received, that he was brought back as an ambassador for the 2014 European Athletics Championships in Zurich and again at the 2017 Weltklasse Zurich, showcasing his natural talent and appeal across winter and summer sports. Now, ten years later, he is being revived for his role as mascot for the 2020 IIHF Ice Hockey World Championship in Switzerland.

While he has retained his youthful good looks (must be the Swiss mountain air), I have given him a few cosmetic treatments for his next big gig. He has a new, longer hairstyle and some more dimensional shading. He also has learned a few new poses that mimic the real athletes and reflect his personality – cool, dynamic, joyful.

Cooly has demonstrated how a mascot is so much more than just a dressed-up character standing around. A mascot must personify the event – being able to physically run, roll-over and dance without impediment – but also truly express itself and make fans laugh and empathise with him. A mascot must add value not just for the rights-holder, but also for the spectators, athletes and commercial partners – by being interactive, memorable, relatable, and popular.

Creating a mascot is also so much more than just a simple brainstorming exercise. At Infront, we take a holistic approach, covering the entire marketing chain – from brainstorming and researching public opinion, to design/branding, implementation, operation and merchandising. It is vital to immerse oneself into the event, the sport and the culture to truly understand the client objectives and fan expectations. The average mascot takes over 50 hours to bring to life, from the in-depth research phase to multiple back and forth revisions with the client to preparation of production and operational guidelines.

Cooly's success in 2009 was an unexpected surprise. He became the event's (and Switzerland's) true star with merchandising revenues and social media figures confirming it. Not only did Cooly amass more than 14,000 likes on Facebook and over 40,000 video views on YouTube, the various Cooly mugs, keychains and toy cows sold out repeatedly. He didn't just enhance the event, but transcended it to become a true cult icon. It's only natural that he is still in high demand and a sought-after Swiss mascot. I'm sure this won't be the last we see of Cooly. His ten minutes of fame have already exceeded ten years. 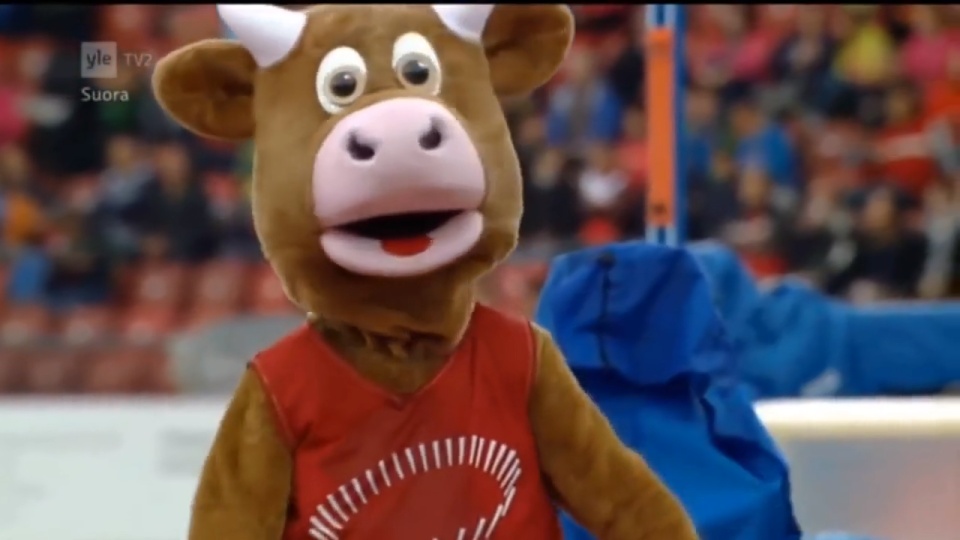 Zug, Switzerland – Infront, a Wanda Sports Group company and the exclusive marketing partner of Top 14 rugby club Stade Toulousain, has brokered a renewal agreement between Nike and the French side. The sportswear giant will continue its role as the club's official supplier through to the 2025 season.

The partnership means the brand's "Swoosh" logo will feature on all home and away jerseys as well as limited edition collections and fan apparel for another five years. By creating a cultural identity, the two parties will tell an authentic story of excellent collaboration built on trust and history dating back to the 1990s.

Infront reignited the relationship between Nike and Stade Toulousain in 2017/18 after the two parties terminated a 23-year partnership in 2013.

Jean-François Jeanne, Managing Director at Infront France: "Nike and Stade Toulousain are two of the biggest names in rugby and sport as a whole and belong together. Both are known for their excellence and innovation. We are proud of being part of this joint adventure, continuously using our expertise to add to the success of both brands."

Infront is aware of "The Netzer Connection" article which appeared in the German news magazine DER SPIEGEL on 19 June 2020. The report is clearly based on an interim report delivered to the DFB by investigation agency Esecon, a report which Infront does not currently have access to. The allegations it contained were therefore presented to Infront by the publication without context and without supporting documents.

Esecon's reported allegations are not only highly construed but are above all unsubstantiated through any evidence. Infront has serious doubts about the investigation's methods, including the reversal of the burden of proof, the use of dubious sources of information which include falsified documents, and the motivations of the investigation agency. These are purely allegations for which Esecon provides no reliable evidence. An extensive investigation commissioned by Infront and carried out with great effort by external lawyers reaches completely different conclusions.

The DFB and Infront both agreed clear next steps during a bilateral meeting last week. This includes confidentiality from both parties and means we will not comment further at this time.
Infront has also initiated legal action against DER SPIEGEL for disseminating unsubstantiated claims against Infront in the article.

Infront serves Roland-Garros as one of the Official Hospitality Agencies

Paris, France – Infront, a Wanda Sports Group company, has been unveiled as one of the Official Hospitality Agencies for Roland-Garros and the Rolex Paris Masters in an agreement with the French Tennis Federation for the next two years until 2021.

Roland-Garros is the premier clay court tennis championship event in the world and the second of four Grand Slam tournaments after the Australian Open in the annual cycle. Staged over two weeks at the Stade Roland-Garros in Paris, it is the sole Grand Slam held on clay.

This year's tournament set new record figures for all platforms as Rafael Nadal won his 12th title and Ashleigh Barty won her first.

In the eyes of sports fans, and indeed the general public, Roland-Garros is an unmissable event that enjoys immense prestige. The 2018 tournament attracted more than 519,900 spectators and was broadcast in 222 countries worldwide, confirming the tournament's status as a first-class international sporting event. Organised by the French Tennis Federation, Roland-Garros is the only Grand Slam tournament to be played on clay, one of the oldest and most noble surfaces in the history of tennis.

About the Rolex Paris Masters

The last ATP Masters 1000 of the season, the Rolex Paris Masters will be held on 26th October to 3rd November 2019 in the AccorHotels Arena, in Paris. This event is one of the nine most prestigious tournaments on the tour, after the four Grand Slams. Organised by the French Tennis Federation and directed by Guy Forget, this event is still one of the most important indoor tournaments in the world, over thirty years after its creation (in 1986). The tournament always proves hugely popular with the public. The 2018 tournament broke the record for attendance by attracting more than 140,000 spectators.